5 LOCAL SPOTS WORTH THE PIT STOP

If there are NO FARMS,
there is NO FOOD.

It’s easy to forget that in our current world, which threatens to separate us from our food sources on a daily basis. Luckily, in the Lehigh Valley, we still have access to farm-fresh foods. Here are five farm stores worth pulling off the road for. 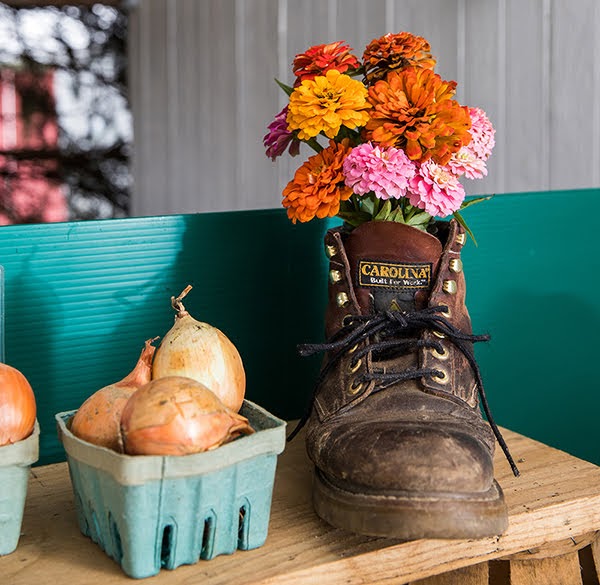 Operational since 1975, this family farm, now in its fourth generation, is known for its milk—and, of course, its ice cream. The creamery on site, which produces ice cream from scratch using milk and cream from its very own herd, will scoop you out some of its best sellers, such as chocolate, peanut butter and strawberry. Enjoy your ice cream outside on the patio from June to August. “Our outdoor seating area is always popular, unless it’s covered in snow,” says Audrey Marsteller, retail manager. Though the farm itself is not open to the public, all of the farm store’s items give more than a snapshot of what happens at Crystal Spring on a daily basis. And that involves lots and lots of flavored milks—vanilla, chocolate, strawberry, orange, cherry and raspberry.

You can go home with Crystal Spring’s pasteurized whole milk, reduced fat, low fat, nonfat milk or half and half. It’s not uncommon to buy milk that was produced right that morning. But it’s not just dairy items that are the draw here. One can also go home with shoo-fly pie, homemade soup or salad, cakes and pies; and their deli offers choice cuts of beef raised right on the farm. 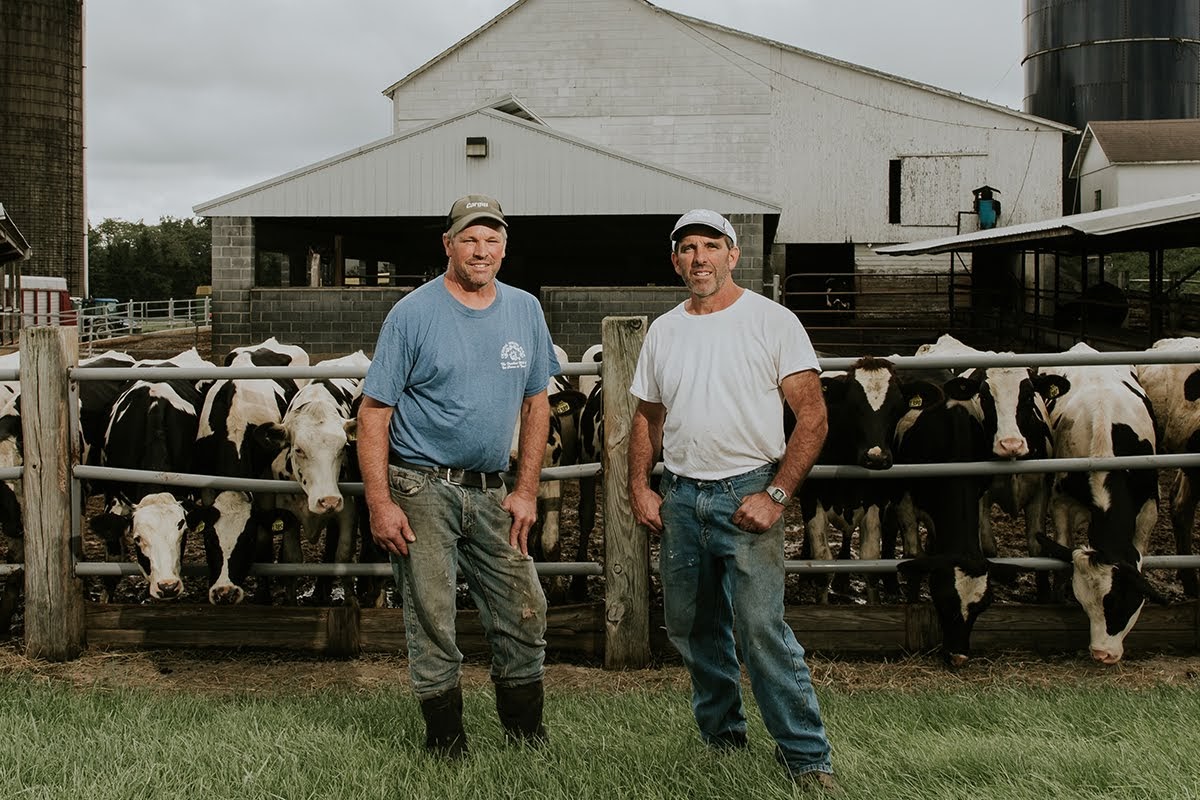 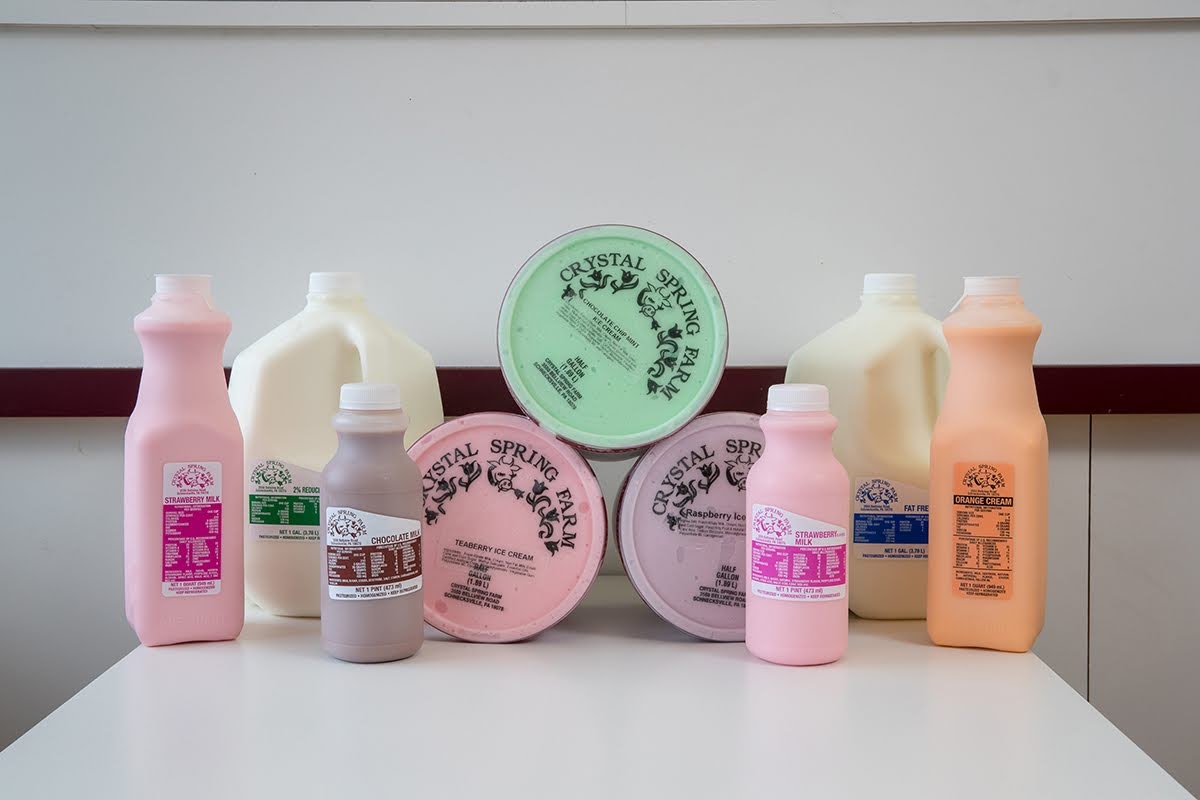 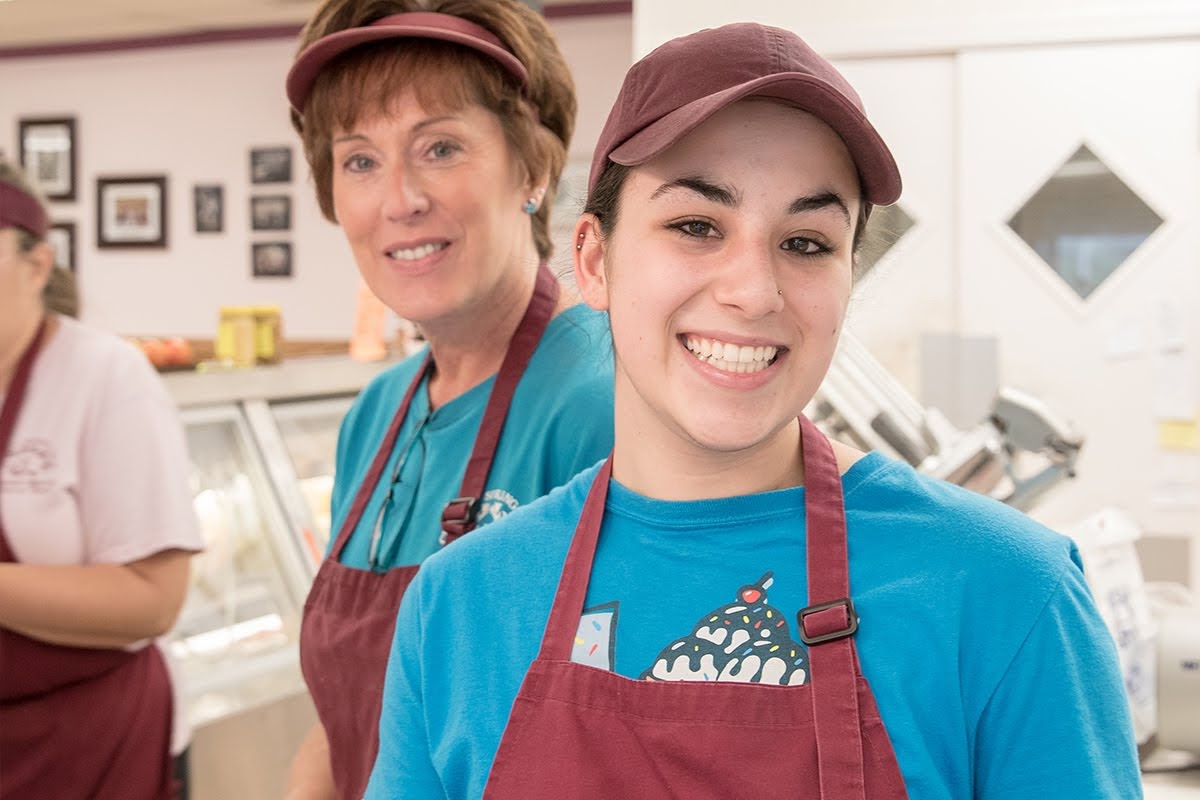 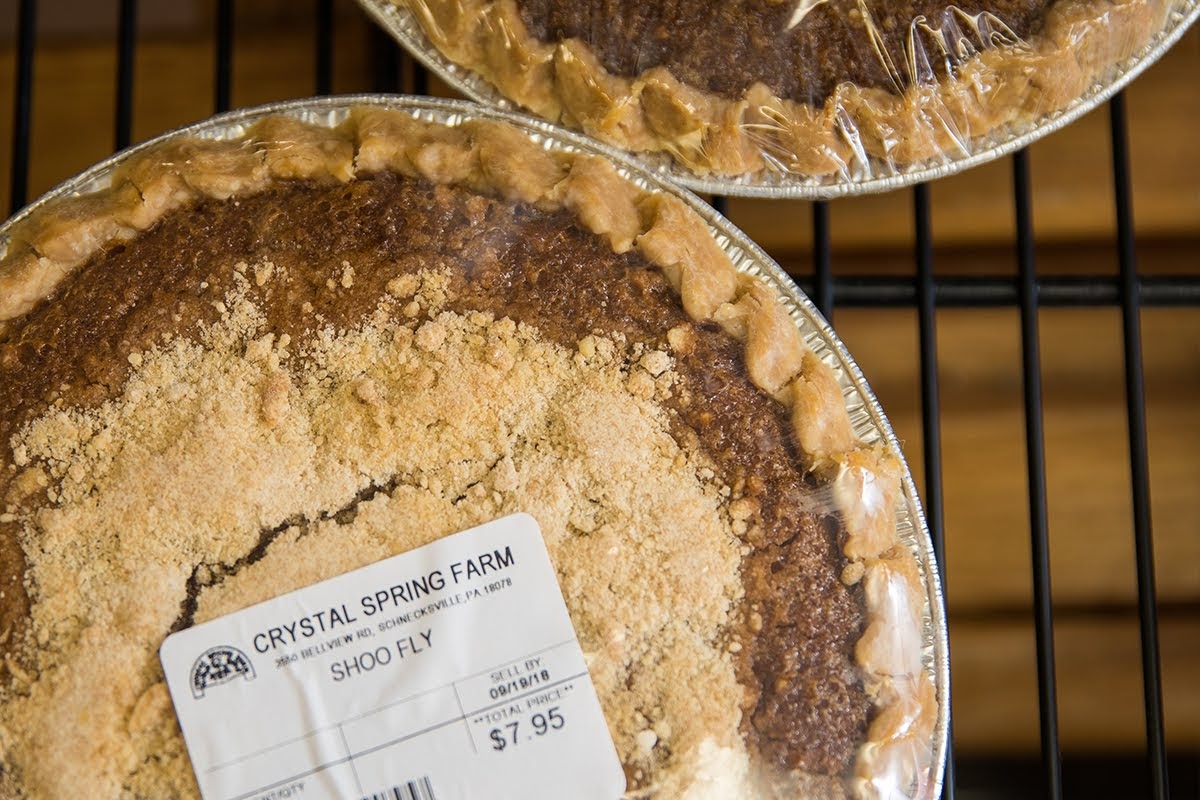 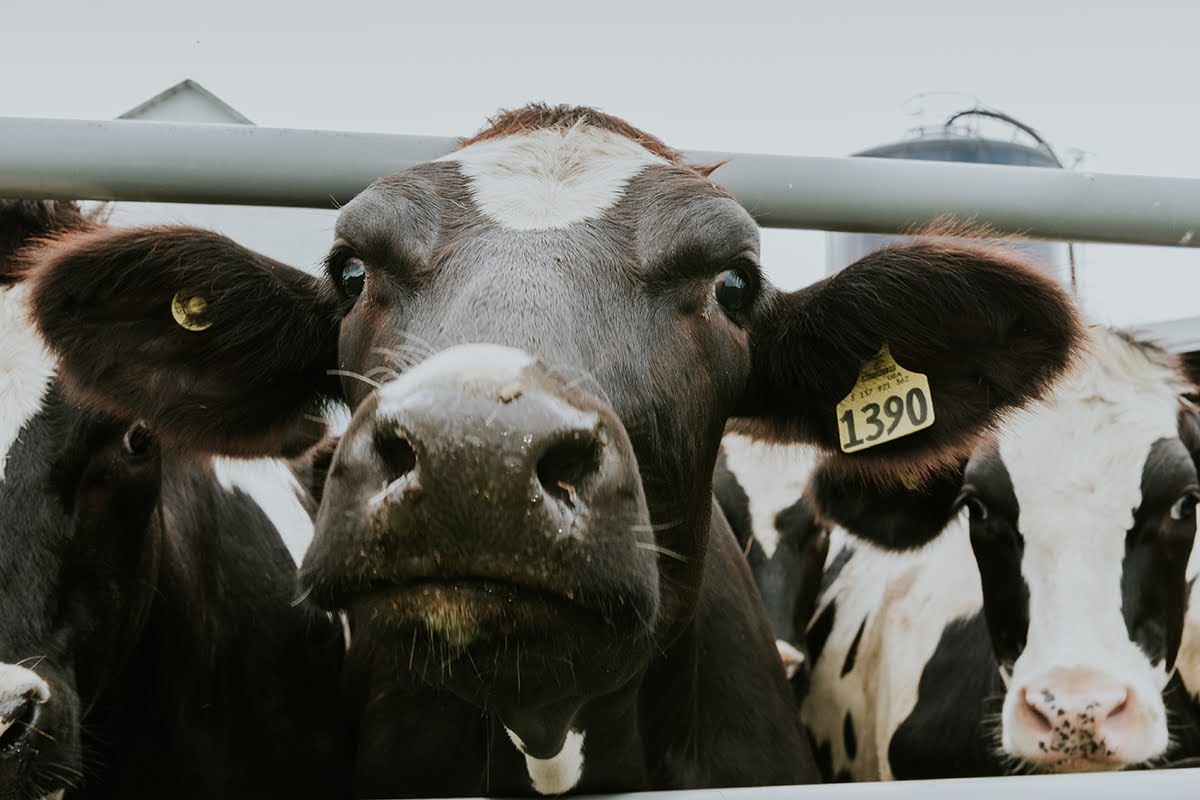 In the western reaches of the Lehigh Valley, Lyon Creek feels like the quintessential roadside farm stand, the kind that Pennsylvania does so well. Four generations of farming, starting with Richard and Thelma Seidel in 1965, are going strong, run by brother and sister Brad and Kate Pollock and their mom, Lisa. The family farm is 10 acres and brings forth hay, corn, wheat, pumpkins, squash and lots of seasonal produce including tomatoes, peppers, watermelons, raspberries, potatoes, onions and so forth. They’re especially known for their specialty pumpkins and squash around the fall, and handmade wreaths for sale during the holidays. 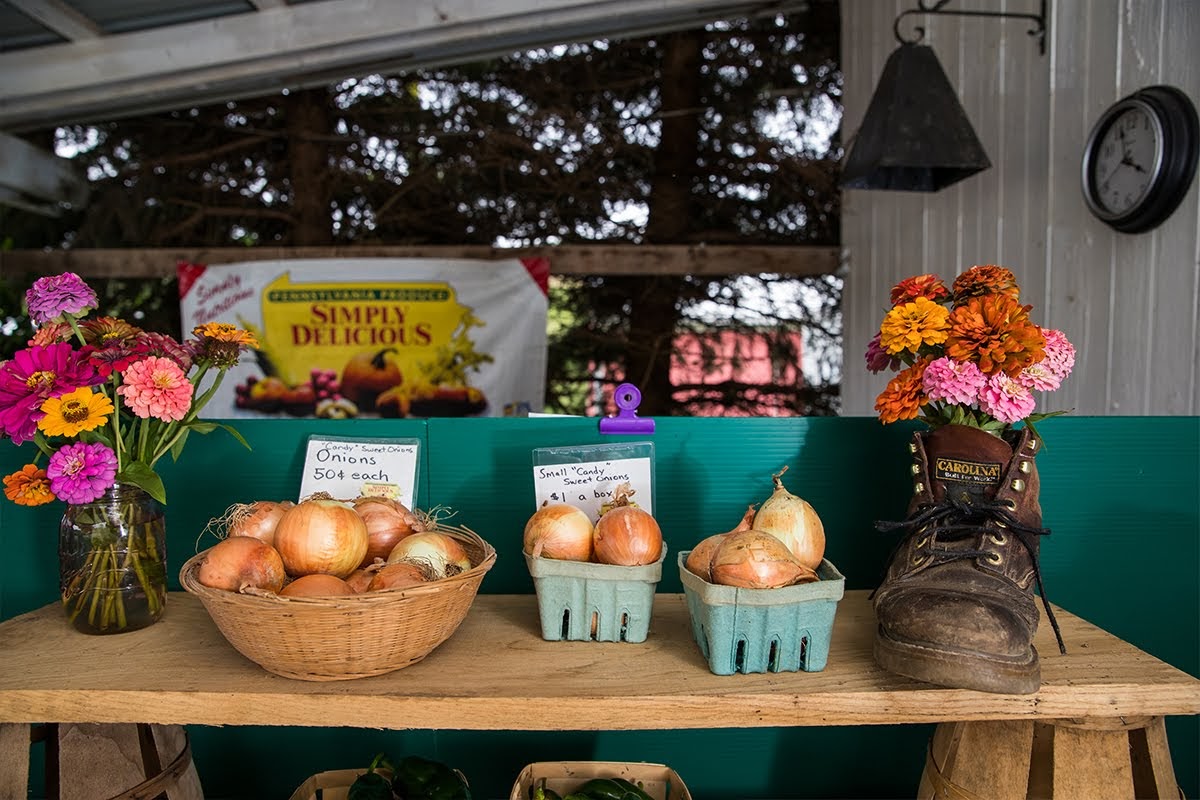 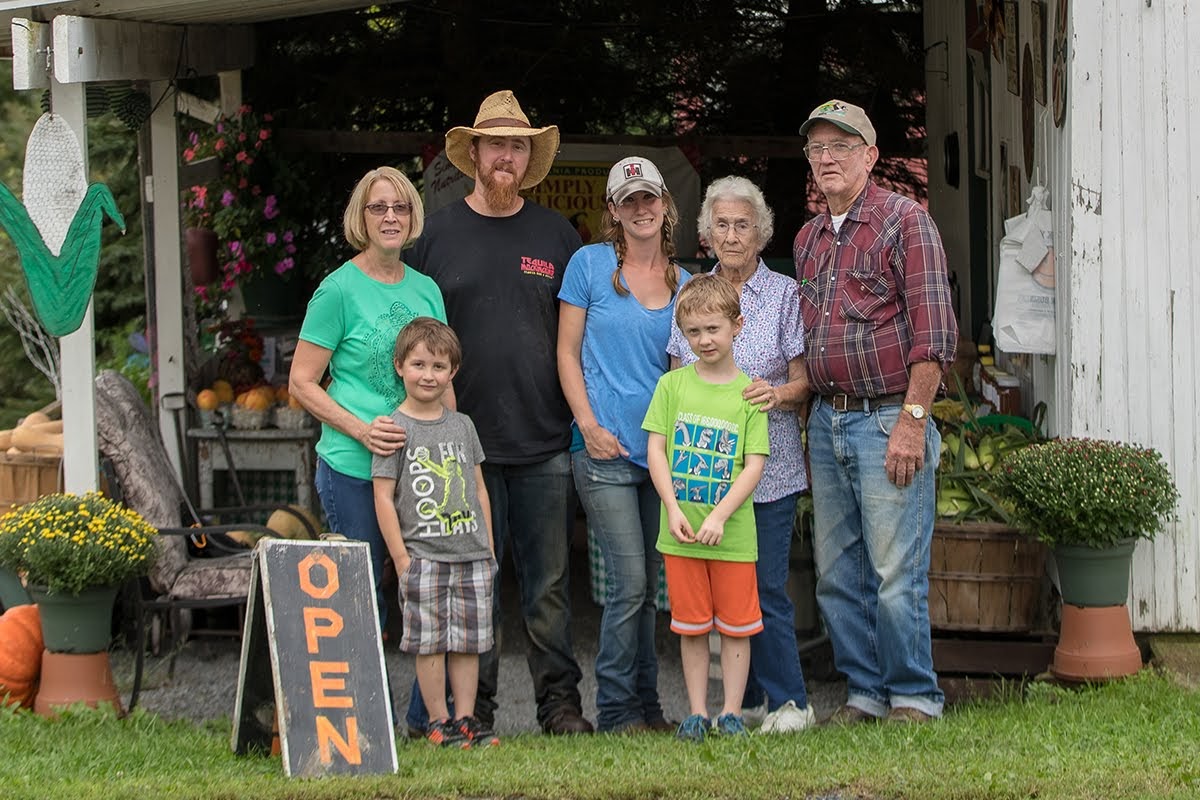 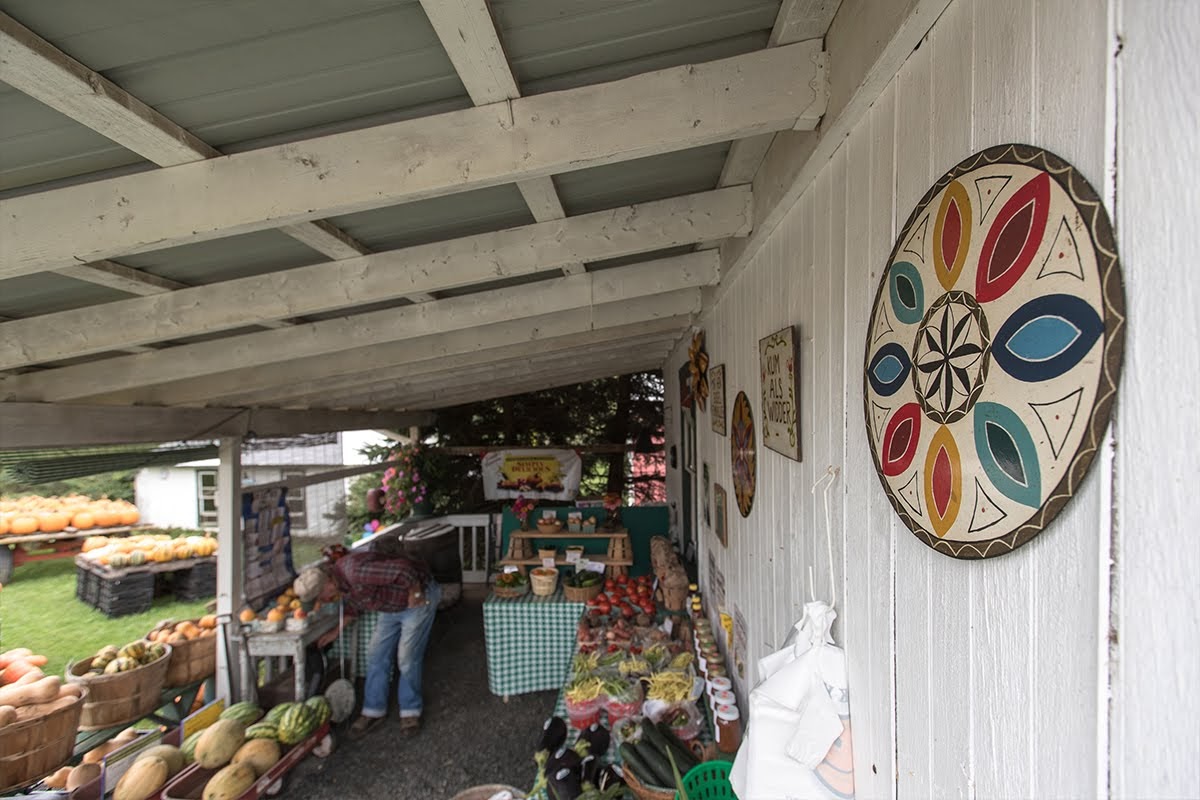 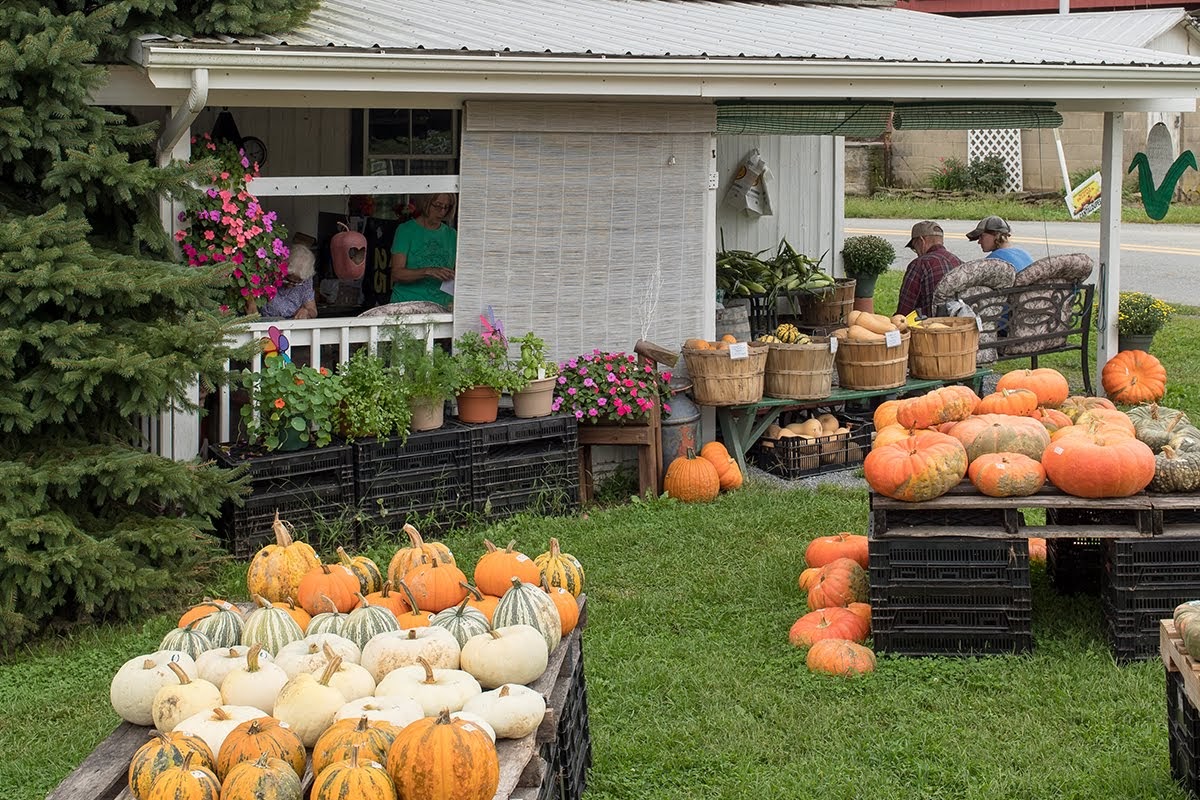 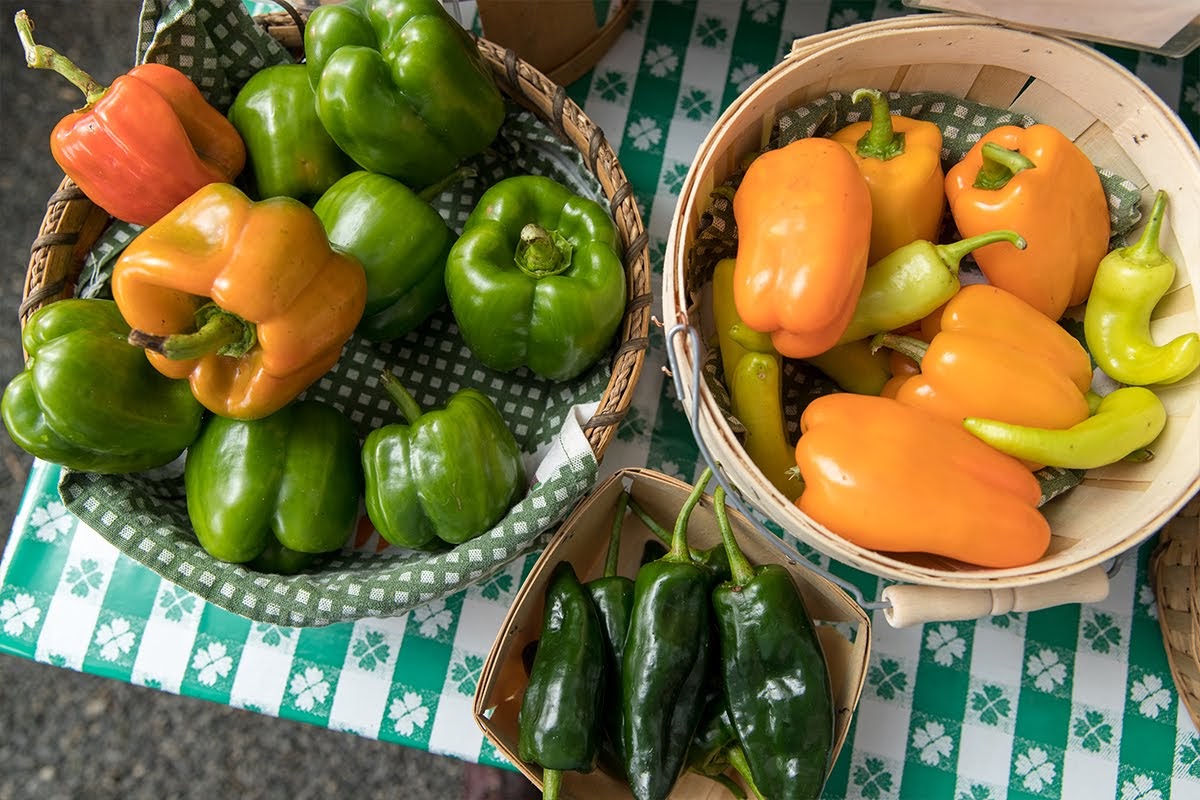 This family-owned farm dates back to 1935 when Roy Klein and his wife, Ruth, moved to the area; now, their son, Layne, and his wife, Beth, currently run the farm with their children. The dairy store opened in 2004 and sells cheese, yogurt, yogurt smoothies, eggs, meat products and lots of raw milk. The big news, though, is that the store moved to a brand-new, larger location in 2016 and, along with it, opened up a creamery, funnily called Happy Holstein Ice Cream—a little bovine humor. It’s the real deal, made with zero preservatives, and the flavors often rotate with the seasons.

These days, it’s well known as being one of only a few places in the Lehigh Valley where you can buy raw milk—but you can also buy it on the farm, which is known for its very open, family-friendly approach. The animals roam—especially the peacocks—and there’s a great play area for kids, as well as a corn maze during the fall. The farm store is revered among locals and others who make a special trip to the northern part of Forks Township. 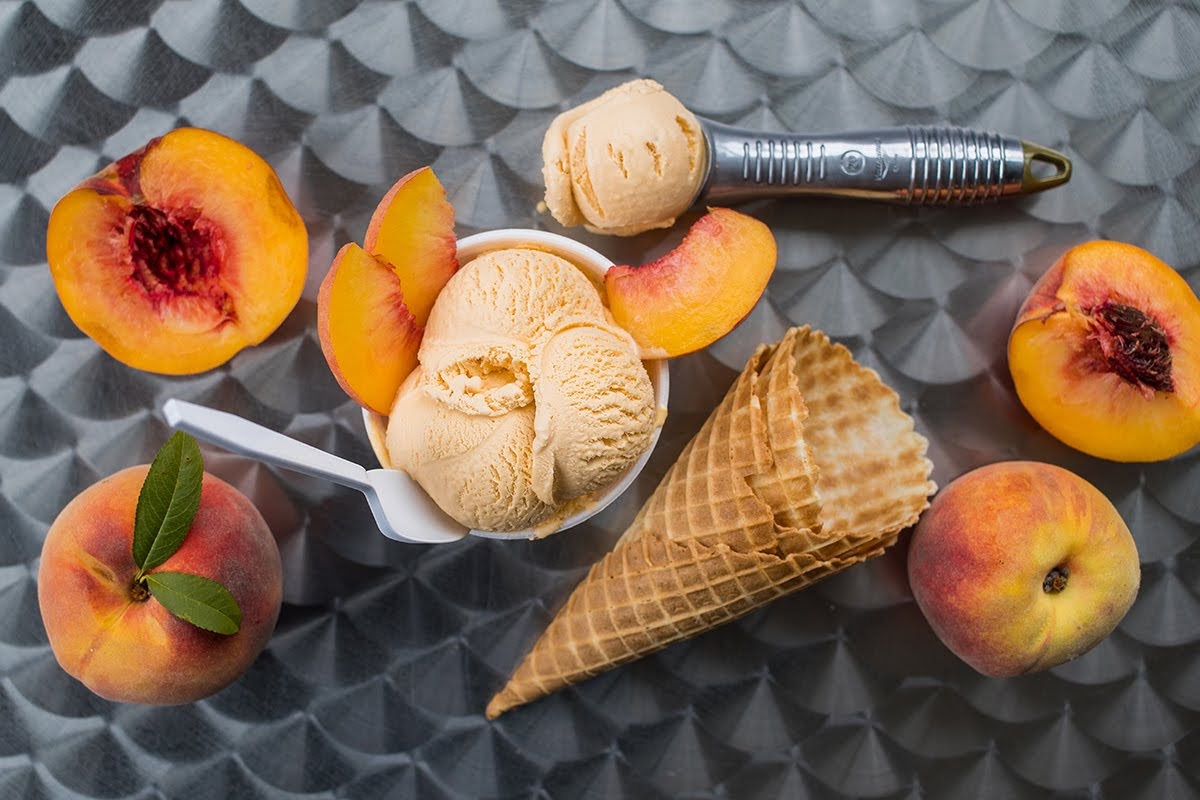 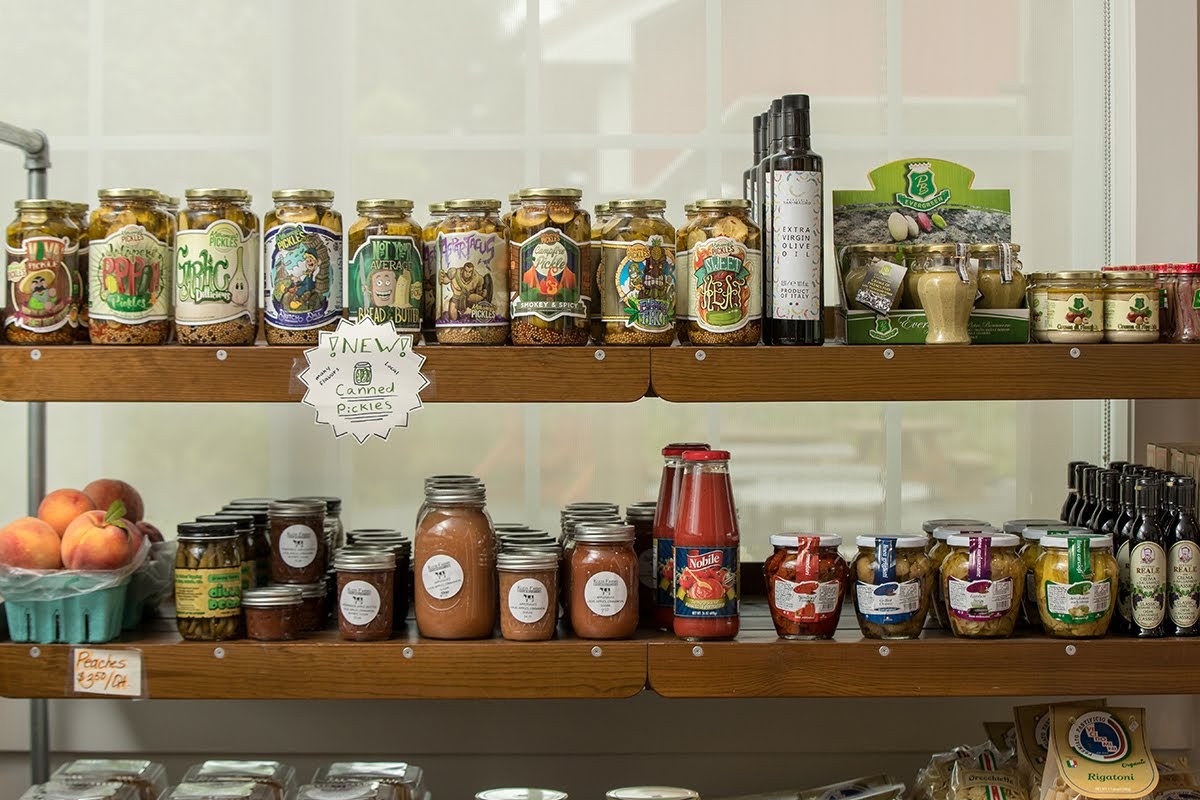 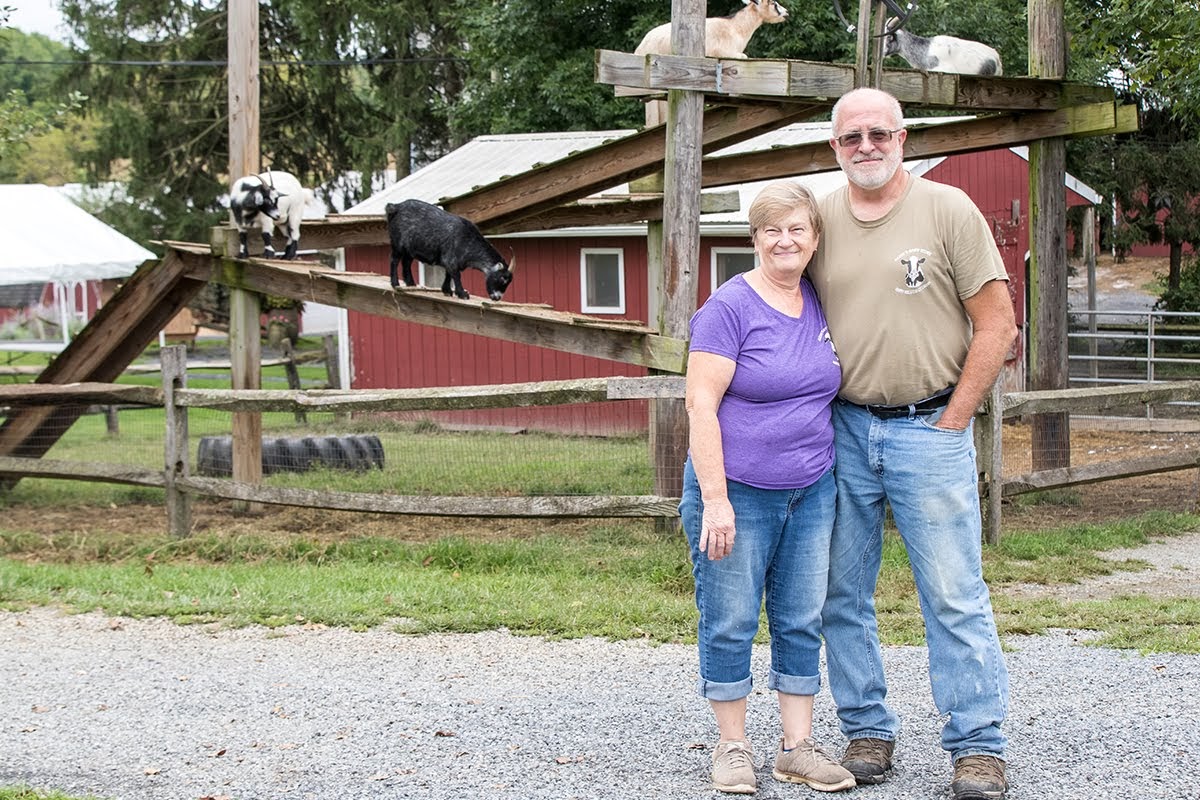 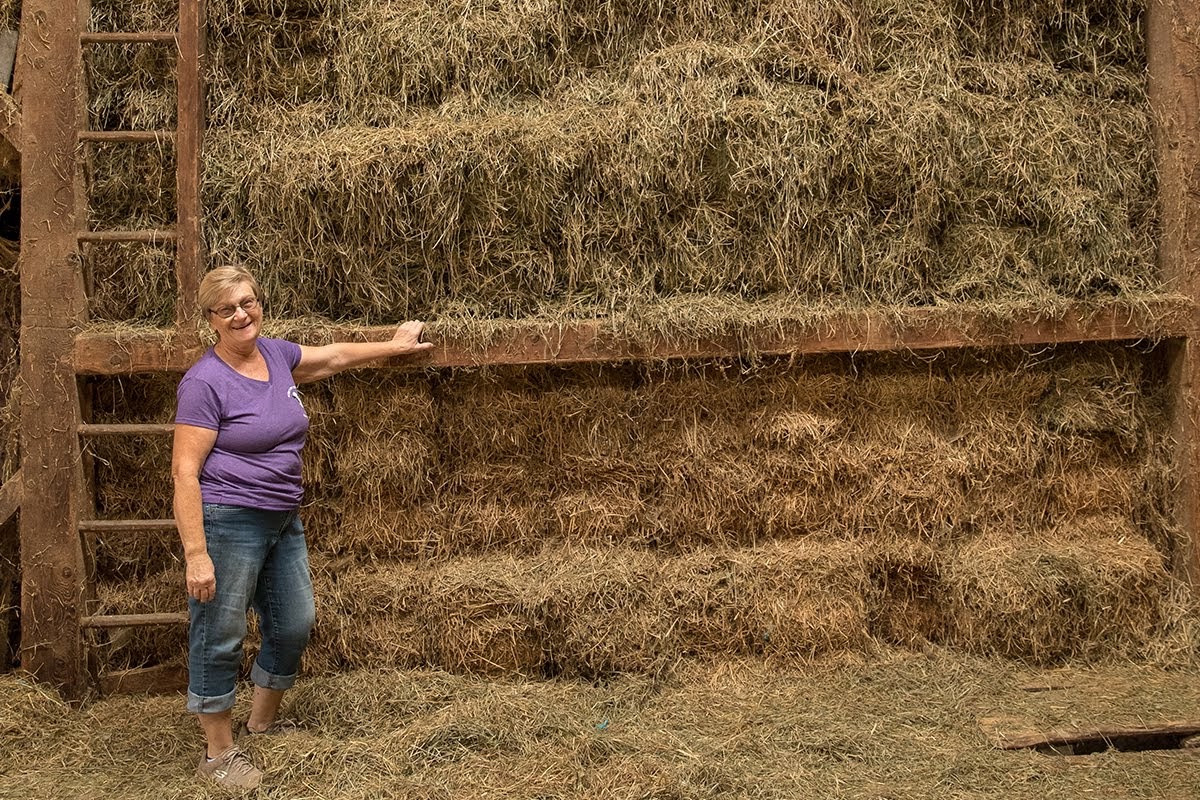 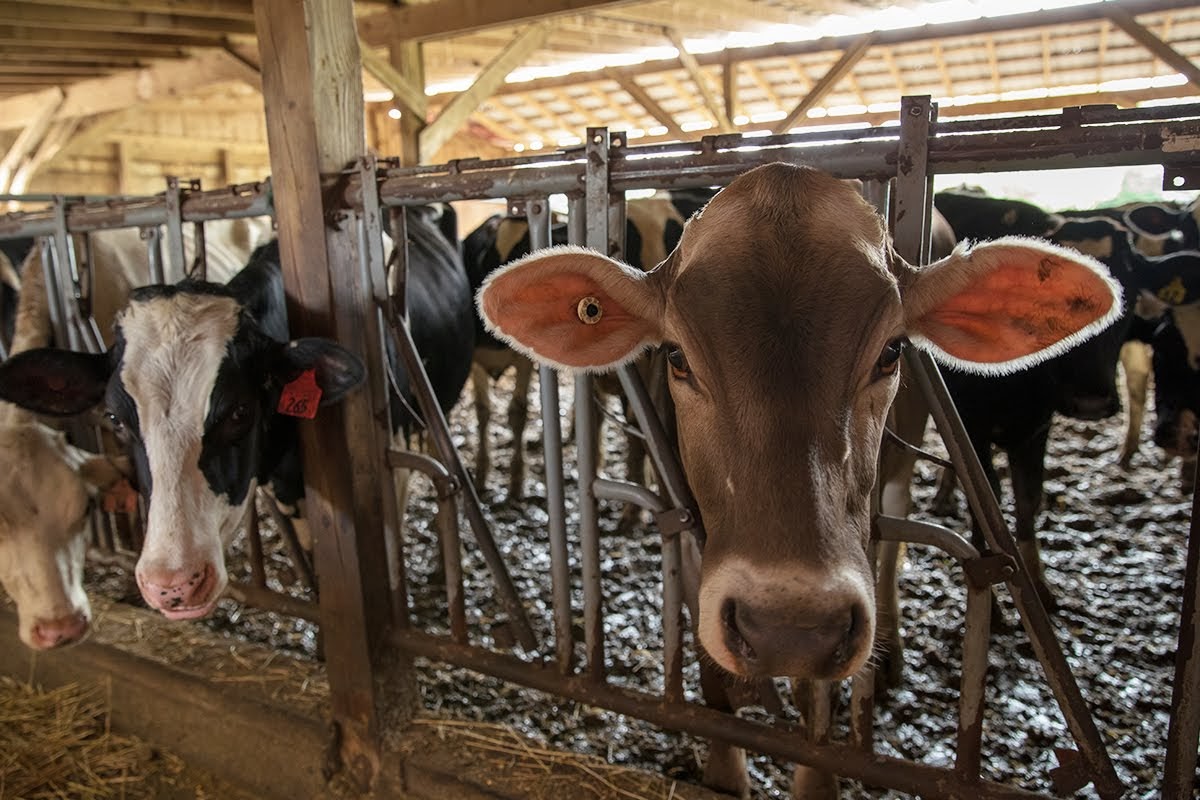 One of the unique aspects of Flint Hill Farm is the fact that it’s a working farm whose mission is a nonprofit educational outreach center. You can send your kids to camp here! You can ride horses. Sign up for a bread baking or cheesemaking class. Have a birthday party or other event here. Learn the art of blacksmithing. Heck, you can even come and stay overnight—Flint Hill participates in what’s referred to as agritourism, and has been since 2009. “People come here from all over the world. They want to see what America is really like,” says Kathleen Fields, owner and president—and farmer, let’s not forget—of Flint Hill.

Farm visits are part and parcel of a visit to the store, or vice versa—they don’t require reservations. Fields says it’s just appreciated if you buy something from the farm store (and why wouldn’t you?). One can buy raw Alpine goat and cow’s milk, yogurt, yogurt smoothies, butter, kefir, duck and chicken eggs and cheese made on the premises (the chèvre cheeses are incredibly good). You can also go home with some fresh vegetables in the summer and fall. Volunteers are always appreciated, too. 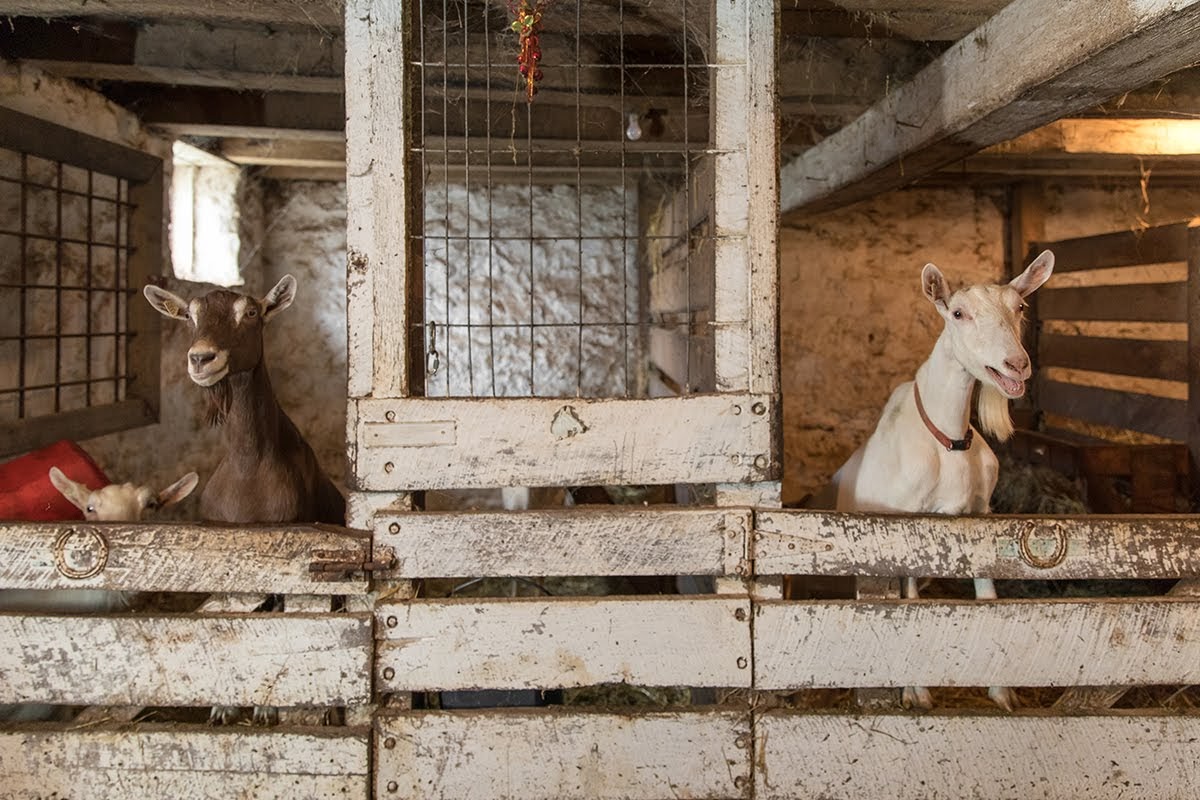 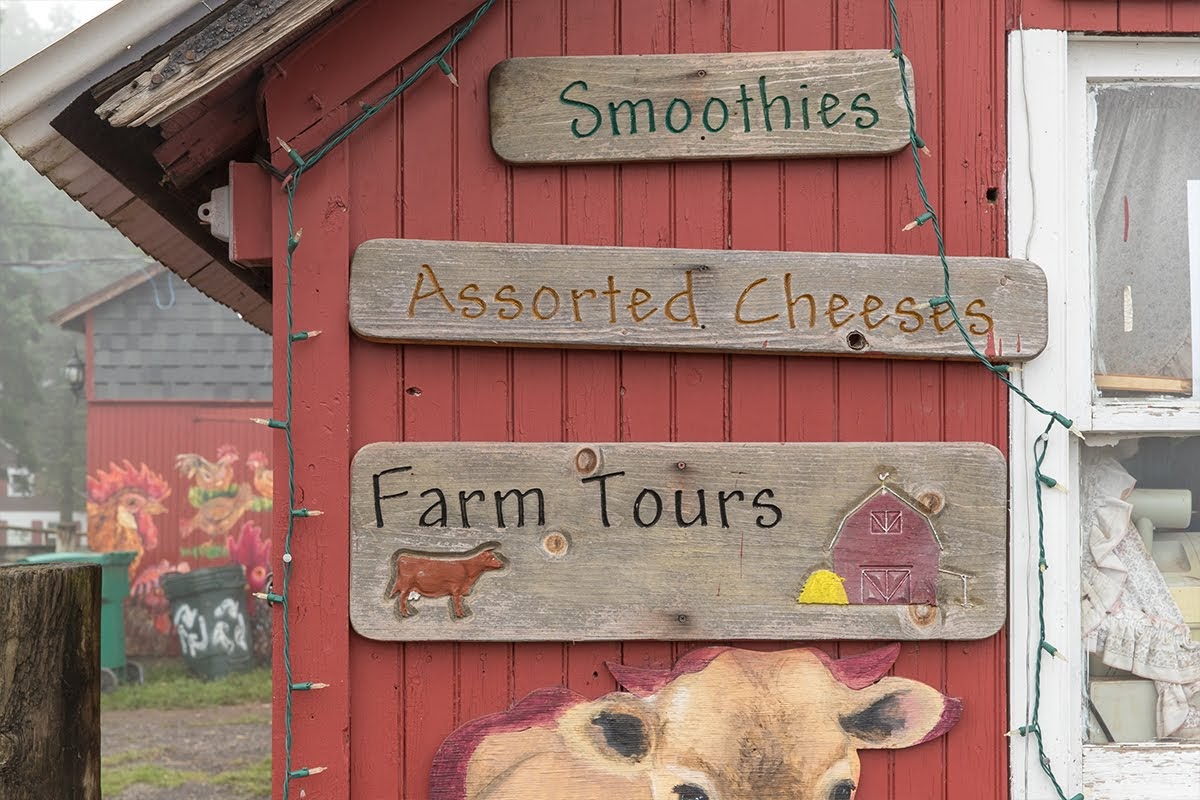 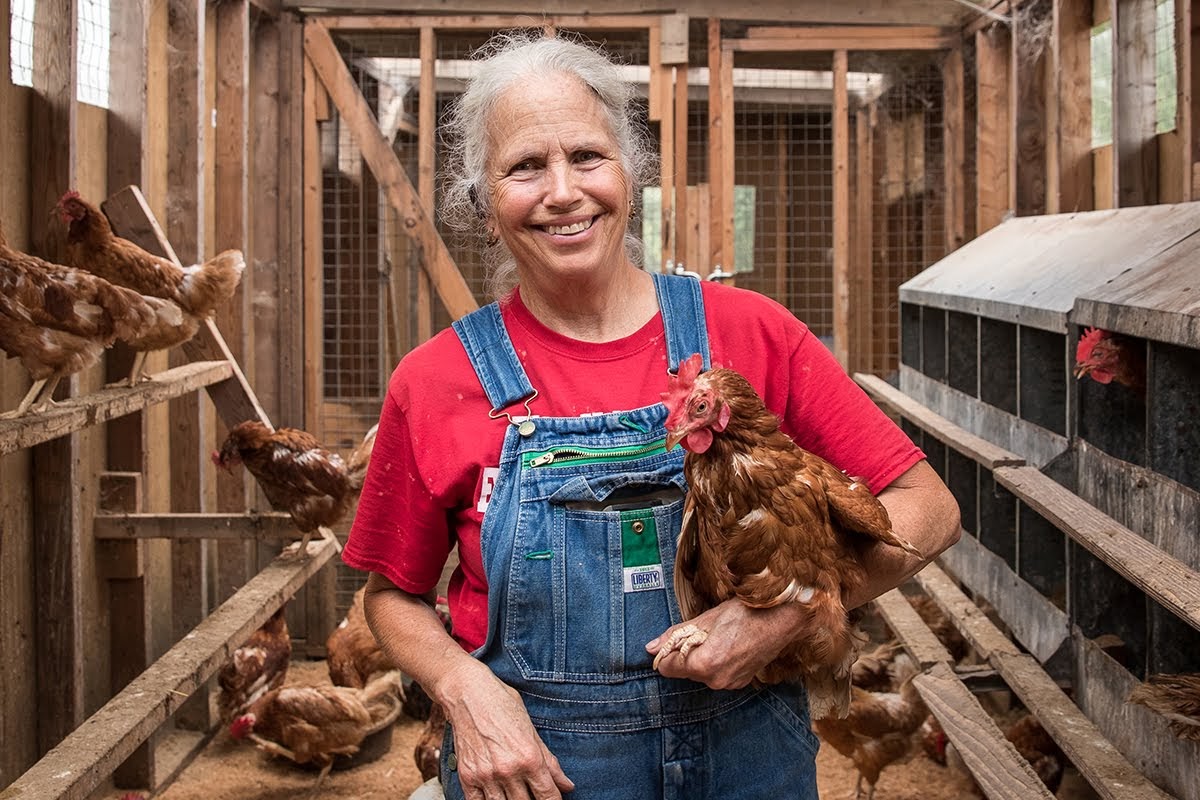 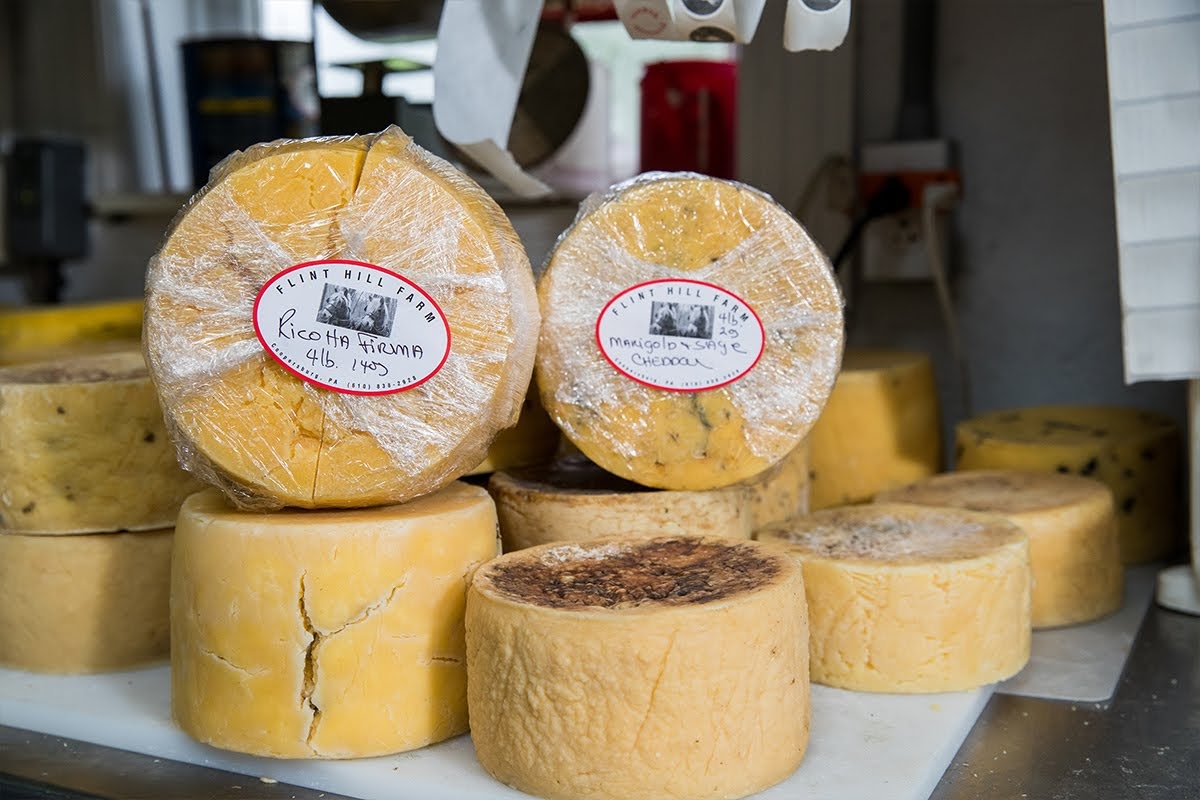 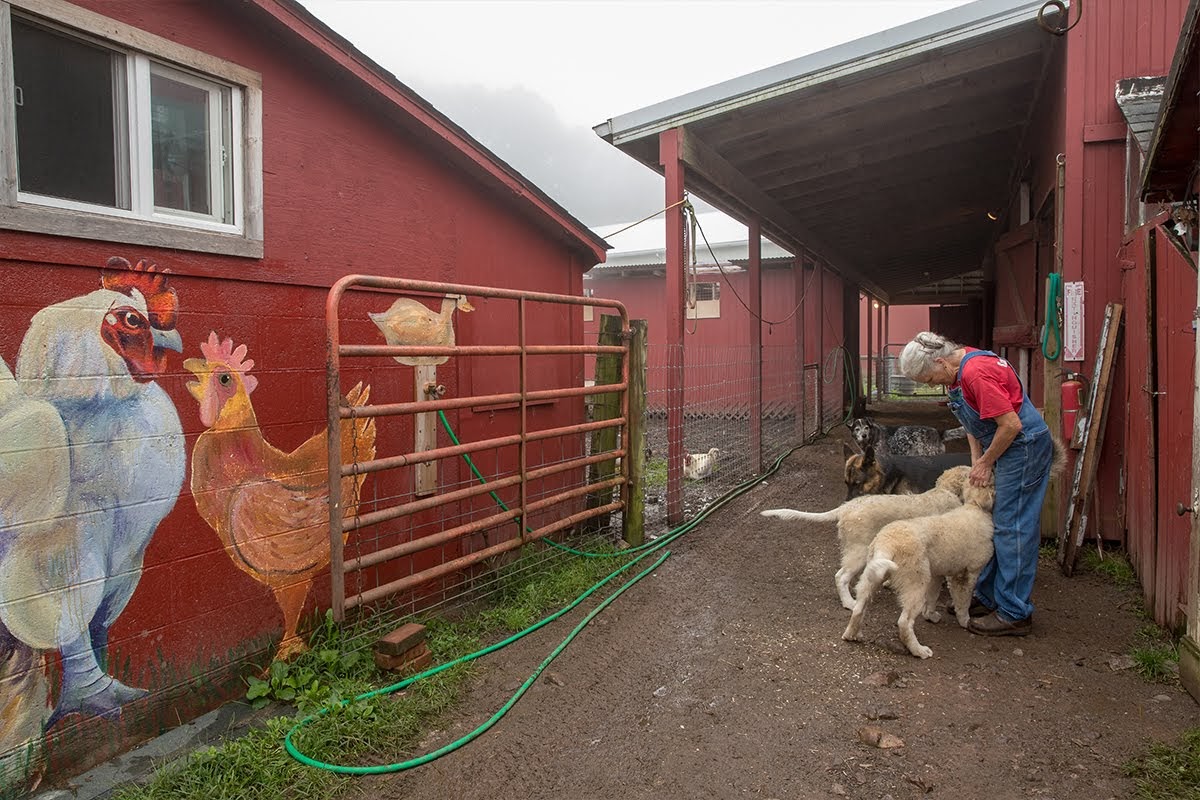 If you shop at farmers’ markets, it’s totally possible you’ve encountered baked goods and apples from Pappy’s Orchard and Bakery. Owned by Michael and Lisa Urffer, the family has been harvesting fruit for 35 years; the namesake, Pappy, refers to Michael’s father. (Michael himself now has grandchildren and he’s referred to as Papp. Variation on a theme.)

Pappy’s grows some 26 varieties of apples and makes 12 types of cider—the apples start in July and are typically available through November, says Lisa. (They sell hard cider using their very own apples, too.) But they also grow stone fruits, such as peaches, pears, plums, nectarines and apricots, along with blueberries, elderberries and persimmons. If that’s not enough, you can buy soup, meat pies and other savory elements—the chicken pies and chicken croquettes are especially popular, says Lisa. Road food experts named Pappy’s Jewish apple cake as one of the “500 Things to Eat Before It’s Too Late” in their book of the same name. And lucky for us, all we have to do is drive over there. 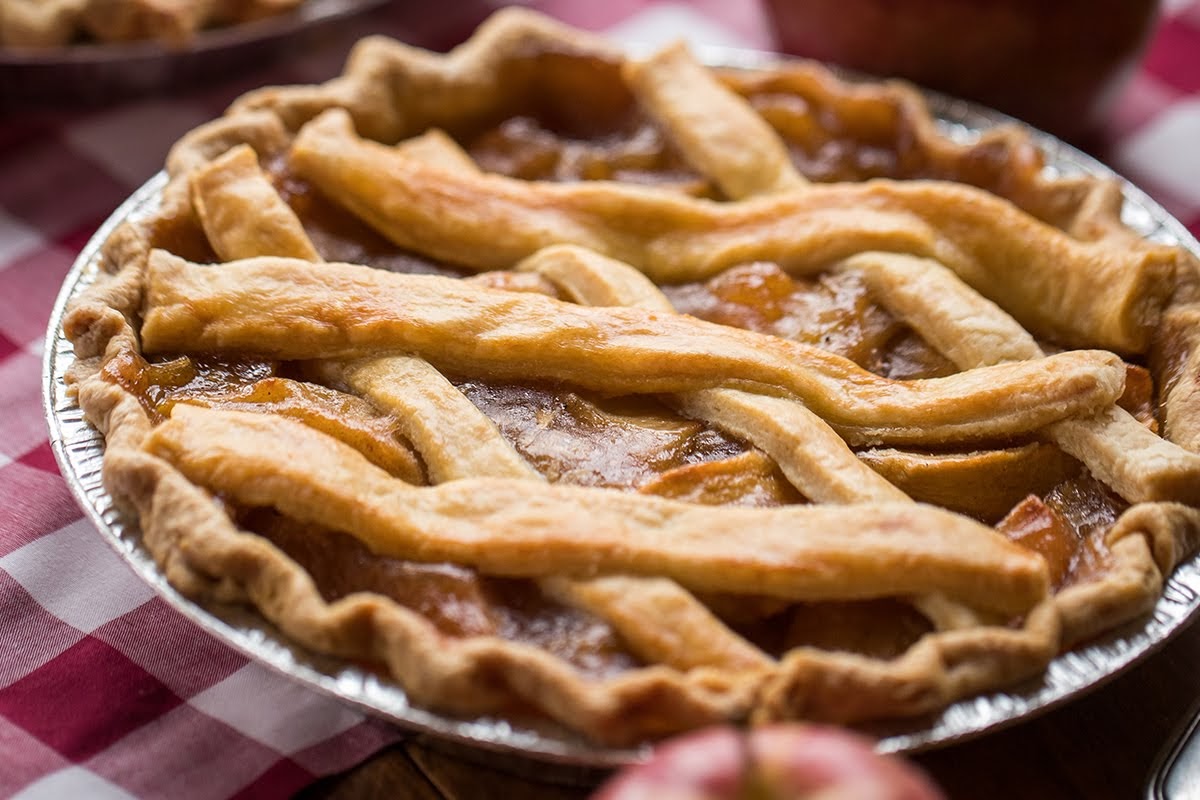 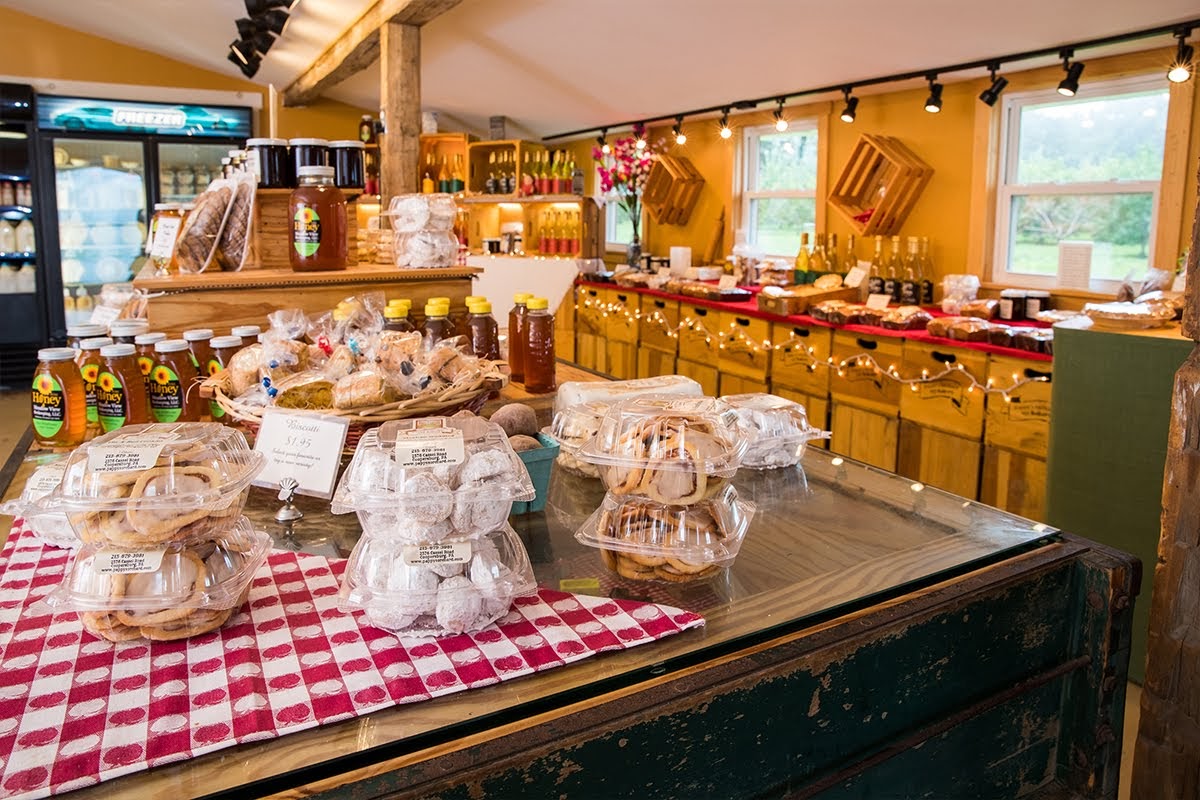 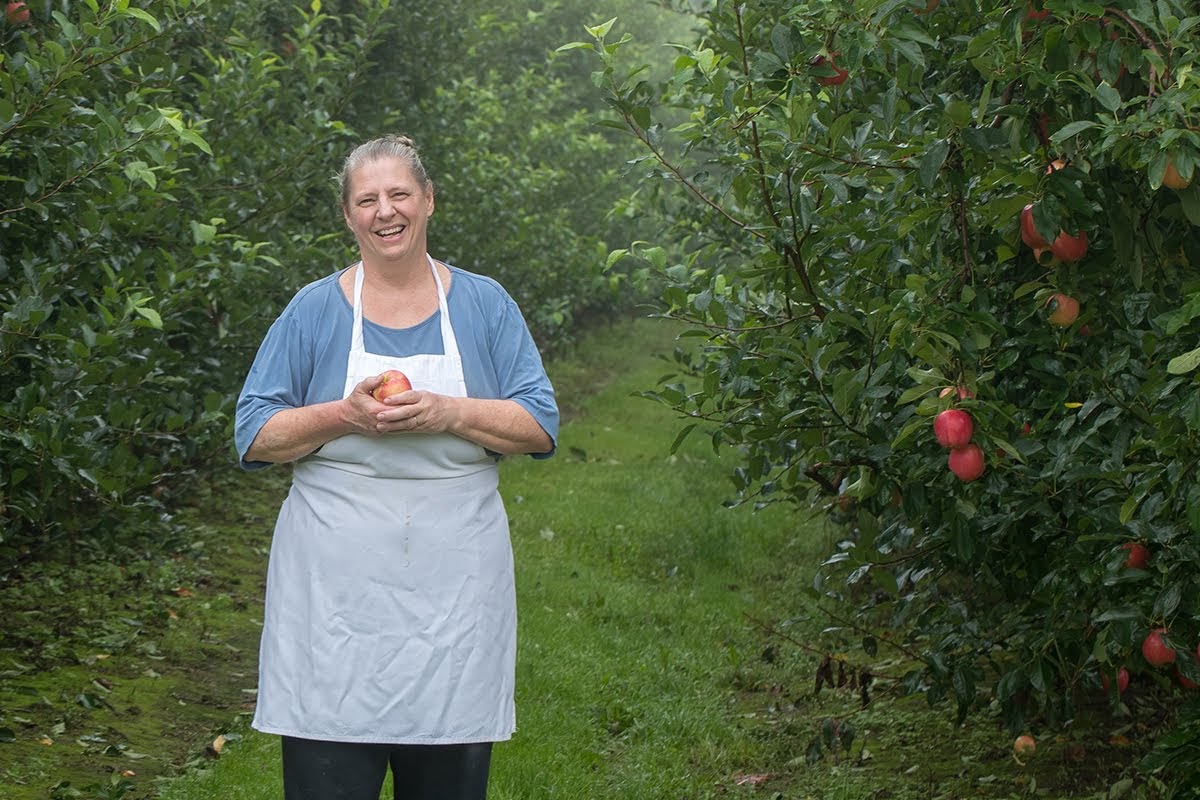 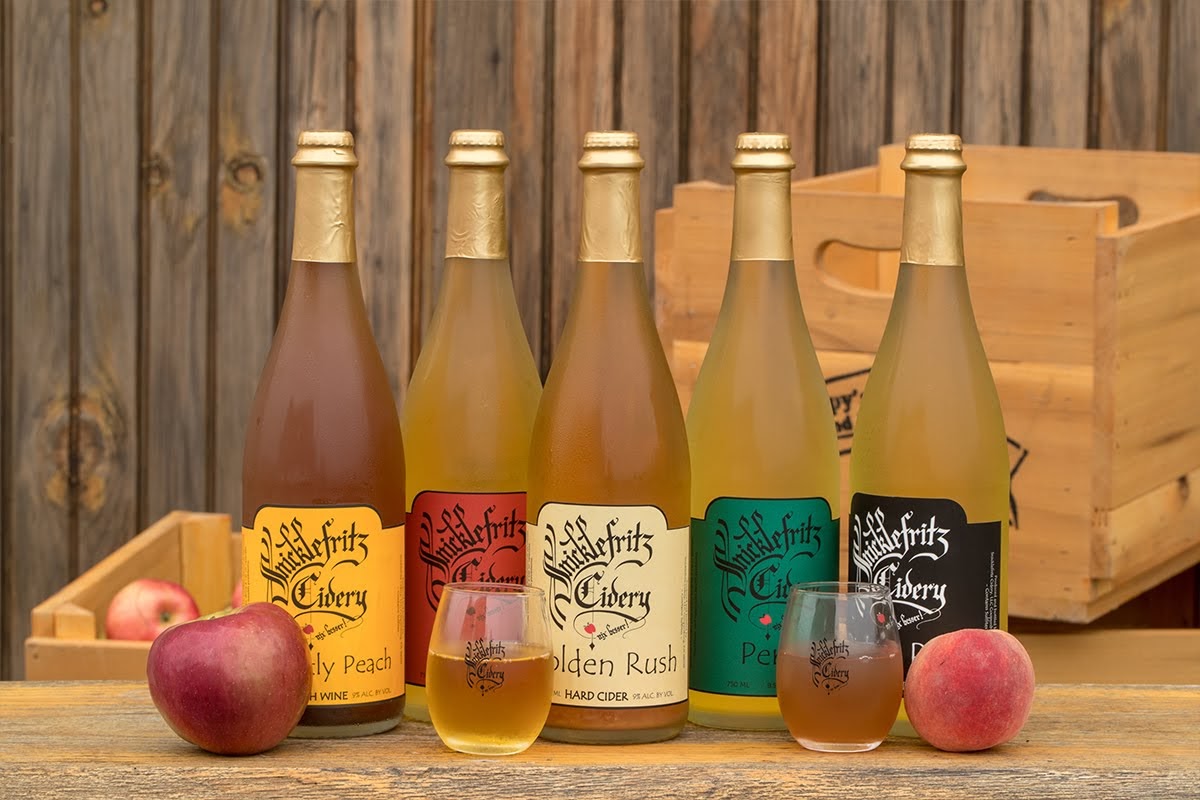 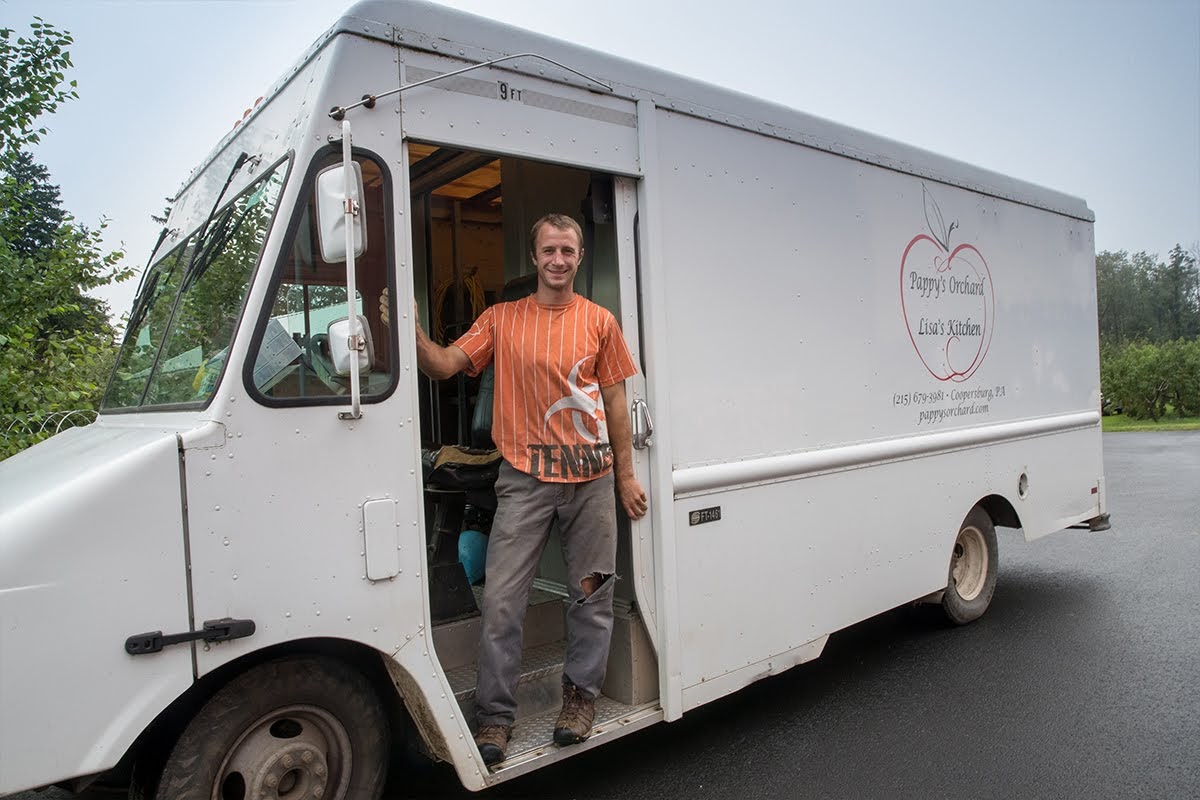