UBMe Carenade Whatever
By Amy Unger | Photography by Marco Calderon

They’re thinkers, dreamers and doers: local go-getters who saw a need and turned it into an opportunity for innovation. Now, meet some of the Lehigh Valley minds behind the latest and greatest products meant to inform and entertain. 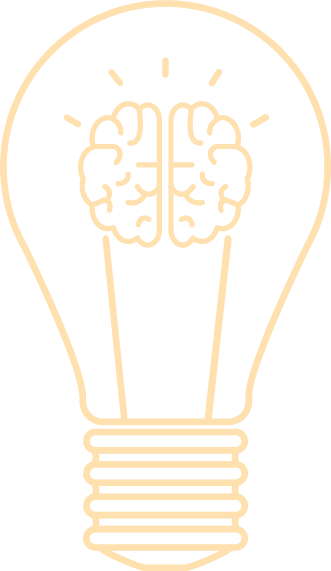 An app designed to bring people together actually began as a tool to aid in the art of avoidance.

Creator Val Arzunian says the seed for UBMe was planted after he and his then-girlfriend decided to go their separate ways. “We kept running into each other,” he explains. “It was awkward. That’s what got me thinking it would be great if there was a piece of technology to tell me where people are.” Rather than wait for the app stores to catch up, Arzunian got to work. “It was me at home in my room for about two and a half to three years building it,” he recalls.
Although Arzunian was starting from scratch, the New Jersey native had the drive, know-how and curiosity to make it happen. “When I got my first computer, I was the kid that downloaded every virus and then tried to fix it,” he says. In 2013, several years after he moved to the Lehigh Valley, he started the online marketing company Social Horizon, which he still operates today. Prior to that, he founded an online food delivery business (think Grubhub before there was Grubhub). Finally, UBMe launched in August of 2017. And, as Arzunian explains it, the finished product ended up being much more than a means to bypass encounters with an ex.

“It’s an app that lets you see what’s happening around you, and connect with the people who are out there.” It’s also hyper-local, and, according to Arzunian, fills a void left by popular social media sites like Facebook. “You see what’s happening globally, but you don’t know what’s happening around you,” he says. So how does it work? A user checks in at a local destination—anything from a bar to a sporting event to a college campus—and then can immediately join a live chat with others who are at the same place. They can also read reviews, find events and make connections with potential love interests by exchanging information through the app—meaning no more phone numbers scribbled down on cocktail napkins.
Businesses can use UBMe to connect with customers and interact with them in real time. The advantage for those businesses, Arzunian says, is that any particular post they make will be seen by all UBMe users within a 15-mile radius, and not just by their followers. UBMe also offers dozens of local, exclusive deals on everything from a case of wine to a fitness class.
Although it’s based in South Bethlehem and prides itself on digging into the local flavor that separates one neighborhood from the next, the team behind UBMe, which also includes David Pulsifer, who joined the company as a co-founder in November of 2017, is looking at the bigger picture. “Our app is and can be used everywhere,” Arzunian says. UBMe has about 20,000 users; only about 2,000 of them are based in the Lehigh Valley. In the future, the company is looking to expand its foothold in Philadelphia and then move on to other cities: Pittsburgh, Boston and New York are all possibilities. Still, there’s no rush. The UBMe crew wants to take it slow and do it right, says Arzunian. “We try to build up one community at a time.”

Jordan Kapper and his wife, Rebecca Bradford are seeking to put the "care" back in Healthcare.

They’re the founders of Carenade Health, an online marketplace for in-home health services. Kapper, an ER doctor for St. Luke’s Hospital, says he’ll often encounter elderly patients and caregivers who are either overwhelmed by the complexities of the choices they have to make, or have no backup plan, should they no longer be able to care for themselves or a loved one. “You bring it up, and people just gush,” he says. “It’s really hard navigating this industry.” Carenade allows users to compare prices and read reviews all in one place in order to find the home health-care provider who best meets their needs. “We basically hold the family’s hand from start to finish,” says Bradford, former marketing director of At Home Certified Senior Healthcare. But it’s not just about comparison shopping—Carenade also aims to educate users on everything from understanding the difference between medical and non-medical assistance to sorting through the intricacies of health insurance coverage. “We want to get them the best care and the most care [for their money],” Bradford says. And the website’s “share the care” feature allows users to crowdsource contributions to reduce financial hardship. “You can share grandma’s account with the rest of the family and friends, and everyone can chip in,” says Kapper.

"I understand what it's like to have a family member be sick and need care. It's really stressful and it's hard."

Beyond the Carenade website, users also have the option of calling one of the company’s care coordinators, meaning, yes, it’s possible to speak to an actual human being—perhaps even Kapper and Bradford themselves, who sometimes work the phones, or even make house calls. “I love visiting our clients,” says Bradford. “I understand what it’s like to have a family member be sick and need care. It’s really stressful and it’s hard.” Based in Bethlehem, Carenade launched in December of 2018, and, although the bulk of its clients are in the Lehigh Valley, it appears that word is spreading fast about its unique approach to tackling the challenges of finding home health care. “We’re growing faster than we thought we’d be,” Kapper says. According to Bradford, they’ve received calls from information seekers around the country; if they get a call from a market they’re not familiar with, the Carenade team will be happy to put in the time and do the legwork. “It will save [the client] a great deal of headache,” she says. “No one else can find home care like we can,” Kapper adds.
Both Bradford and Kapper speak with passion about their shared mission of transforming this one particular facet of the health care industry, and about their dedication to the cause and to each other. Of Bradford, Kapper says: “She's always pushing me to the next level.” Jokes Bradford: “I tell [Kapper], he’s like the Elon Musk of the home health-care industry. If he has the ability to make great changes, that’s his goal here on earth.” An itch to help others is something Kapper says was imprinted on his brain back in medical school. “It’s not just health,” he says, “it’s health care. You have to get out there yourself and fight the fights, and change health care for the better yourself.”

Whatever: A Party Game

Ready to get weird?

Besties turned business partners Ali Ludlow and Brittany Jones are just what your next get-together needs. Their brainchild, “Whatever: A Party Game” is a little bit like truth or dare on steroids. Each game comes with a spinner and three decks of cards. Players are assigned either a challenge or a showdown; challenges must be completed solo, and showdowns pit players against each other. Those who opt out will be shamed with a penalty card.
The game’s tagline promises plenty of awkward situations and embarrassing confessions; it’s also a glimpse into the dynamic of its two creators. “I always like to say I’m the awkward one and Ali gets embarrassed by me,” says Jones. Indeed, their friendship bloomed in the universal setting for a plethora of cringe-worthy, pubescent experiences: middle school. As Jones recalls it, back in 2001, Ludlow got lost trying to find her home economics class at Orefield Middle School in the Parkland School District. By the time she found the classroom, “The only open chair was next to me,” Jones explains. Ludlow sat down, and the rest is history. “We’re just odd,” Ludlow adds. “We have the best time together and mesh really well.”
Fast-forward through more than a decade of laughter and shenanigans, and, although they didn’t know it at the time, Ludlow and Jones were in the early stages of creating “Whatever.” “We’ve always played a version of this game,” Jones says. Initially it was just something fun to do with friends, until Jones’s mother, Tammy, cornered the two at a Christmas party and told them they should consider developing the game and putting it on the market. For her troubles, Tammy would be honored with her very own card: Tango with Tammy dictates that a player must grab the nearest mom (or friend who acts like a mom) and tango with them for 15 seconds.

Prance around like a unicorn on steroids for ten seconds.

Even outside the circle of maternal influence, finding fodder for the rest of the challenges and showdowns would prove to be a no-brainer for Jones and Ludlow. “Pretty much all of the cards are inspired by things we did with our friends,” Ludlow says. A few examples from the pile: prance around like a unicorn on steroids for 10 seconds, text three friends and tell them you’re pregnant or got someone else pregnant, and show the group the last thing you Googled. There were some options that ended up on the discard pile, or, as Ludlow and Jones like to call it, the card graveyard. “Sometimes things in our head didn’t play out like we expected,” Jones says. She recalls testing out one potential physical challenge in which players were asked to put pillows under their shirts, and then slam into each other like sumo wrestlers. “Ali went flying across the yard, and the other guy didn’t even move,” she says with a laugh.
Then came the task of getting the game ready for the mainstream. “For the first couple of months we worked on a lot of handmade versions,” Ludlow says. “They were awful. A lot of sparkle.” They brought a designer on board and launched a Kickstarter campaign in late 2017, which hit its funding goal in two weeks. Manufacturing got underway in March of 2018, and the very first editions of “Whatever” shipped a few months later. Since then, Ludlow, a nurse, and Jones, a realtor and property manager, have been marketing their creation online and at local events as their side hustle. They say sales on Amazon have been steadily increasing, and they’re hoping to get “Whatever” some shelf space at big-name brick-and-mortar stores soon. “It seems like people are really receptive to it,” Jones says.